Soya lives a peaceful high school life, despite the fact that he has no memory of his past. Then one day a strange structure (and boy is it strange) begins floating its way towards the city. Seven superheroes arrive to defend humanity, but then Soya remembers everything, including his brother and the dragon that destroyed his world. Now with the help of gothic lolita Ginko and the giant two-legged cat Sensei (really the cat should have been a give away that not all was normal for Soya), Soya sets out to get his revenge and defeat the superheroes that are the planet’s only hope. Be prepared for a three-way battle for the fate of the human race, will they choose death and destruction, to be sealed away forever or could they possibly choose…love.

I originally went into this series blind and maybe that’s the best way to approach it. It’s not that knowing the plot will ruin this for you, but this show is like a magic sleight of hand trick that keeps getting more and more elaborate without ever crossing into convoluted. I’ll admit my initial draw to this series was just how weird it is. You’ve got a giant cat that goes around on two legs, continually trying to peek up the skirts of his anime figures, and don’t even get me started on the Nebula Weapons (seriously can we check on the guy who designed all of them, I think we may need to confiscate whatever he’s been smoking). Yet, the more I watched this show the more I got drawn in and the more I fell in love. (I mean I was on the verge of tears watching a show that involves a spaceship shaped like a giant dog! What is going on here?).

Planet With, when you boil it down, is a show with something to say and while said message may become more and more obvious as the series goes on, that doesn’t stop it being any less important. Planet With is a show about love, about seeing things from different perspectives and even forgiving those that have wronged you in the past. The show even throws in a line in the final episode where it point blank tells you that it doesn’t mind if you don’t agree with it, just try to see things from someone else’s point of view. I feel that kind of message is so important, and especially relevant nowadays.

What I find most surprisingly is how it manages to weave this message into every aspect of the plot without screaming it at you from a soapbox. The plot of this series is so laser focussed and constantly moving, the first few episodes do have a slightly episodic feel to them, but that quickly changes and the show just keeps growing and growing without ever losing focus. I’m surprised by just how much world building, background and plot that this show manages to fit in without any aspect of it ever feeling rushed. Everything is perfectly balanced and paced to give you the prefect ride towards that finish and every episode is packed full of action, humour and charm.

Actually there is something that I wanted to bring up about the action in this series. I know this is an original work, but there’s something about it that just feels so old school, in a good way. I can’t work out whether it’s the pacing or the soundtrack (which is awesome), but so many of the fights have this old school feeling that I can’t quite put into words. They feel epic to a level that I haven’t felt in a while. Maybe it’s just that I’m invested in all of the characters, and I do mean all. There are no real villains in this show, oh there are opposing forces for certain, but as we get to know each group in this conflict we learn that all of them have their reasons for what they’re doing (something that I always love in a story).

With the main characters I suppose its best to start with Soya, seeing as he’s the main character. Like a lot of the characters and some of the plot itself, he’s a bit of a slow burn. Oh he’s likeable enough as a protagonist at the start and it’s fun to see him interact with the people around him, and how unfazed he is by being taken care of by a giant cat (no, I’m not dropping that). Yet as the show continues and we learn more about him, we get to see him grow and develop into a fine young man and one that I can easily root for in any conflict. Even characters that at first you assume are just there to be funny little side characters turn out to have a surprising amount of depth. Ginko is a treasure trove of hidden depth and the moment when she told Soya that she sees him as her little brother was seriously one of the most heart-warming moments I’ve seen in years. Even Sensei (the giant cat), has a lot more to him than you first realise and I was surprised how much of this story was actually about him. That’s something this series continually did, surprise me and is the reason this has been one of my favourite series of past couple of years..

Planet With is a surprisingly deep and enjoyable series that more people should be talking about. It is perfectly paced with a story that continually surprises and characters that are all loveable. The action is epic and the animation bright and colourful (it even manages to integrate its 3D animation in a good way). I know there has been a wealth of great shows of late, but if I can convince anyone to add this to their ‘Must Watch’ list then I shall consider my job done. This series is more than worth it. 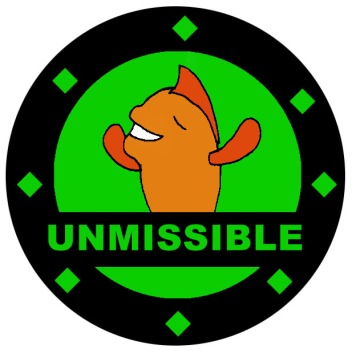