Okay, Light Novel adaptations, we need to have a word about the word economy in your titles.

The world ended many centuries ago, the human race wiped by mysterious beasts that came out of nowhere. The beasts survive still, roaming the surface of the planet, but life goes on, various anthropomorphic species having escaped and evolved on several floating islands. They’re not entirely safe though as some of the beasts are able to make it up to the islands. The only weapons against the beasts are young girls, who are able to wield ancient swords once used by humans. Willem has just been made the caretaker of these girls. He’s the last surviving human and in the end the girls may take care of him as he much as he takes care of them.

This isn’t the series I was expecting. I mean it’s a light novel adaptation and one that’s supposed to be set around girls fighting monsters with magical swords (Gee. Haven’t seen that before), so the image I had in my head was one of lots of action and probably way too much fan service. It’s a fantasy series though, so I gave it a chance and I’m so glad I did. This series is much more interested in its characters and mythology than the fights and monsters. It plays out a bit like a slice of life mixed with a dark and tragic fantasy. This is a series about saving people and you don’t always need a magic sword for that.

We’ll start with the characters, first up is Willem. He’s a decent guy with a big heart and quick to help, though a lot of that masks a deep vein of depression, which is understandable. He’s the last human alive, everyone that he knew and loved is dead and gone and while we only get fleeting flashbacks to those people, you still feel the weight that Willem is carrying around. He’s not your typical main character and very easy to invest in emotionally, you want this guy to find some happiness and he may just do that. The Leprechauns, the girls with the magic swords, become a surrogate family for him, one that he tries to protect, just not as much as he would like.

See Willem was once a warrior and though he does have a few superpowers stored up he can’t use them without risking his already fragile life. Now while a lesser anime would have Willem save his power for some out of nowhere save at the crucial point to rescue the girls, WorldEnd is much better than that. No, we instead get to explore Willem’s frustration as he finds the boot is on the other foot, with him having to stay at home and worry while somebody else goes off to fight. That’s what this series does best, come at a familiar set up from a new, and far more emotional angle.

On the other side of the coin our female lead is Chtholly, and while she’s a badass fighter (though as I said the fights are never really the focus, they’re more background noise to the character drama) she’s more portrayed as an innocent and naïve young woman whose hoping for a little bit of happiness before she meets her inevitable end. (Have I mentioned there’s an air of depression about this series, just saying, take it as a warning. Happy Endings not guaranteed). Now while the whole “I must make myself good wife materiel for Williem” section of the plot does make me shake my head profusely, I kind of give it a pass because I like so much of the rest of the series, and Willem and Chtholly make a cute couple. She also has a bunch of other things to deal with, such as strange visions filled with nonsense rhythms and a red haired little girl, as well as losing her memory bit by bit. The series doesn’t shy away from exploring the emotions of these situates either, giving Chtholly plenty of opportunities to work through her feelings and probably one of my favourite scenes is a certain moonlit conversation with one of the other girls.

Speaking of the other girls, though a lot of them tend to fall into archetypes and common tropes, they never stop feeling like proper characters. The kids act like kids and the other girls all get their moments to shine, either in a fight or an emotional scene. Nephren, for me, definitely wins the award for most Badass Female this season. Throughout the series she’s been fairly cute and funny, always on the lookout for Willem and Chtholly, but for me her biggest moment is in the last couple of episodes. The relentless way she takes on wave after wave of never-ending enemies, pushing herself well beyond her limits, it’s the kind of stuff epic poems should be written about. I know this series isn’t about the action, but the final episode certainly gives us a host of epics moments accompanied by some gorgeous animation and the ever-beautiful soundtrack comes in in full force. This series is worth watching for the final episode alone (even if it is frustratingly open-ended).

Another strength this series has is its mythology. There’s clearly a great deal of work that has gone into the history and lots of little details that give you a better idea of the wider world out there. The series is pretty good with its mysteries too, even if at sometimes it can get distracted by its slice of life hijinks, but for the most part it does a good job of moving forward. It gives you hint after hint, slowly peeling back the veil to reveal what actually happened to the humans in the past and how that relates to the situation in the present. I won’t spoil it as that would take some of the fun out of it, but it has some interesting ideas on old concepts, which as I said, is what this anime is very good at.

WorldEnd (Not writing out the full title again) is a surprising little gem, less concerned with fights and more interested in its characters and mythology (and not a trace of fanservice baring a couple of scenes!). The series is a heartfelt and often heart-breaking story, filled with epic moments both emotional, and towards the end, action-packed. I can’t promise a happy ending for all involved and while it’s not perfect, it is a good story. So go watch it, I’ll get the tissues. 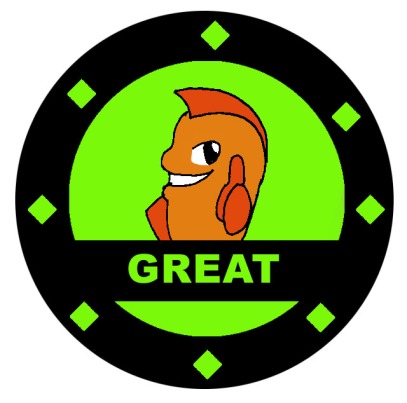 Join 620 other subscribers
Follow Never Argue with a Fish on WordPress.com