Following on from season 1, we continue the adventures of the mysterious Chaika, her hired-muscle Toru and Akari, and Frederica the dragoon. They’re travelling across the country, out to gather up the remains of Chaika’s deceased father, who happened to be a very bad man. He was an all powerful wizard, and an evil emperor who trapped the country in an endless war. Finally he was overthrown, his body cut into pieces, with a different part given to each of the heroes who defeated him. Now Chaika just wants to give her dad a funeral, but the thing is she’s not the only Chaika. There are a bunch of other Chaika’s gathering up the remains for different purposes, and after the ending of series one, there are serious questions about not just who, but exactly what is Chaika?

I have to admit, I do love Chaika, both the character and the series. Chaika at first appearance looks a little weak and helpless, but she has guts and determination when it counts. It also helps that she’s damn adorable, especially with her broken speech. It’s strange, I can remember watching the very first episode and really wishing Chaika would shut up, her speech pattern really grated on my nerves. I don’t know what happened, a couple episodes later and I found the way she talks to be really endearing. I think it’s that Chaika is more than just her outward appearance and the cutesy factor. You feel her pain as she struggles to figure who she is and what exactly is her purpose. The first couple of episodes for this second series did a really good job of showing that struggle, both for the main Chaika and a few of the others we’ve gotten to know.

Chaika isn’t the only good character, I like the rest of our main cast too. Toru and Akari are our badass warriors. Toru is a bit of the everyman, who’s both cool and put upon by the crazy people in his life. He’s gone from being the bored layabout, to a man with drive and purpose, most of that centred around Chaika. Akari is both hilarious, and a little creepy. Her constant attempts to foster a romance with Toru had me falling over with laughter (I just had to keep reminding myself that they’re not actually related by blood). Frederica is the odd one out I suppose. She’s both cute, and a monstrous badass, you know she can kick everyone’s behind in a matter of minutes, but that’s kind of the problem. Because she’s so powerful, the show had to continually come up with new ways to keep her out of the action. It just gets frustrating in the end. I can’t think of a time when she’s really been allowed to show off her true power.

To be fair though, none of these characters (outside of possibly Chaika) are especially deep, but they are fun and loveable. That brings me to the side-characters. I do wish Gillette and his squad got a bit more exploration and development, but then they’re supporting characters, and we’re on the clock here, so needs must I suppose.

This series feels like an old school adventure, travelling across a magical kingdom with a bunch of likeable weirdoes as they collect some magic items for whatever reason, and the reason was really good. The mystery surrounding Emperor Gaz and Chaika was an intriguing one. That being said, this series does have some flaws. First, in regards to that mystery while the build up is good, the actual answers aren’t all that interesting. Everything turns out kind of how you expect it to, with no huge surprises, which is a real shame. I just feel a little disappointed, this series was doing so well, I was hoping for something that would blow the plot open, and make me see it in an entirely new light, but we didn’t get that.

Also, season 2 shares a problem with season 1, and that’s that the tone can take some really jarring shifts. In season 1 the series suddenly went really dark in the last few episodes (especially concerning the fate of a bunch of young girls taken from a village), and this season we got the Black Chaika turning into a tentacle monster (She will be haunting my nightmares for a long time to come). I never really understood why it had to go so dark, most of the time the series bounces along nicely with goofy antics and some great action. Like I said, it’s just jarring how the story shifts gears so quickly.

And while I’m talking about the ending of Season2 (I’m trying to avoid spoilers, so just be warned that the next two paragraphs have a couple). Emperor Gaz, bit of a letdown wasn’t he. He’s built up to be this super powerful wizard, it took eight of the country’s best heroes to take him down before, he shoots down a flying castle with one bloody shot! His battle with Toru is pretty good, if a little short, and then he just gets blown away like he’s nothing. It kind of makes me wonder what the point was of him coming back in the first place. At least Chaika got to give her father his funeral, in a manner of speaking.

Actually I think that’s what’s thrown off this second season of Chaika, the pacing. The ending feels way too rushed. I’ve been checking down the back of the sofa to make sure I haven’t misplaced a few episodes. It feels like Chaika deserved at least one more episode to give the series the conclusion it deserved. And it’s not just the ending that was rushed. There are a couple of emotional beats that needed more time to breathe, if we wanted to give this ending its full impact, like the friendship between Chaika and Niva. We got the beginnings of their relationship, and we can see where it’s headed, but then we skip straight from those beginnings to the conclusion. We miss out all of the progression in the middle, and that hurts the finale. The same with Frederica’s constant pleas for Toru to become her Dragoon Cavalier. It took so long to get to the resolution of that subplot that in the end I didn’t cheer with joy, I just screamed ‘About bloody time!’. It’s a shame, but I do feel that Season 1 paced itself a lot better.

Despite a few flaws, such as pacing and a lack of depth to some characters, this is still an enjoyable series. An old fashioned fantasy romp that’s always fun, has a likeable cast and has some truly great animation (especially in the fight sequences). 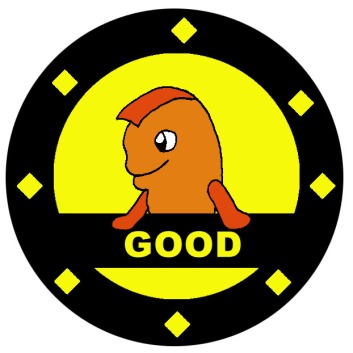